What is Money Laundering? 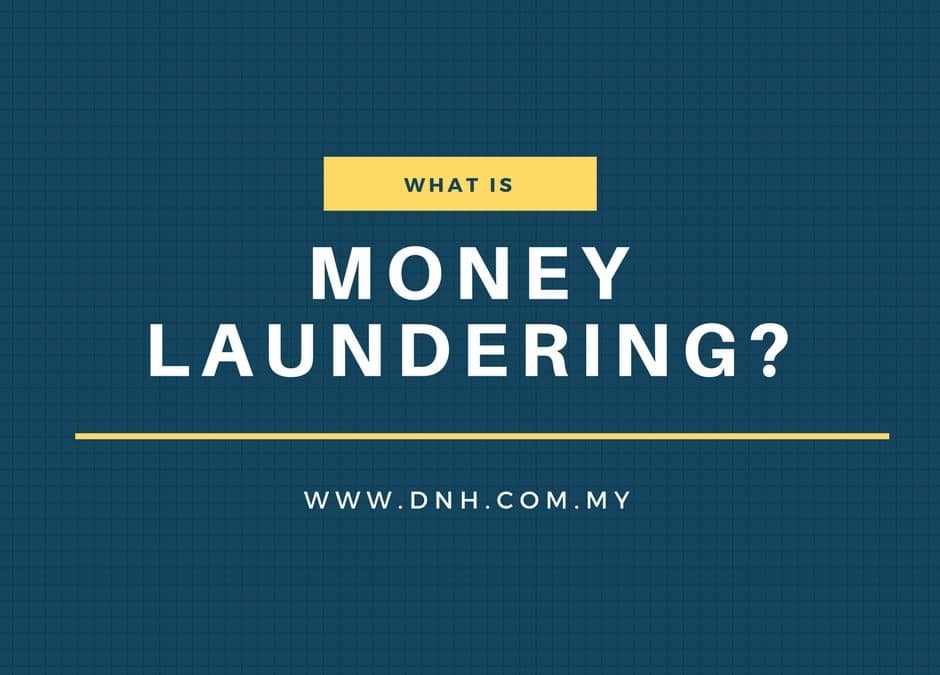 A few months ago, Malaysia was rocked with the news of Tan Sri Lee Kim Yew being threatened with a charge under the Anti-Money Laundering, Anti-Terrorism Financing and Proceeds of Unlawful Activities Act 2001 of Malaysia (“AMLATFA”).

The news, taken together with our clients concern about being inadvertently involved in money-laundering, has alerted us to the need to clear the air about the offence of money-laundering and the regulatory regime surrounding it.

Section 4 of AMLATFA provides that any person who:

If you strip the legalese, money-laundering is an activity in which money derived from a criminal activity is made to look as it is derived from a legitimate business activity, thereby distinguishing the money from its criminal origin. 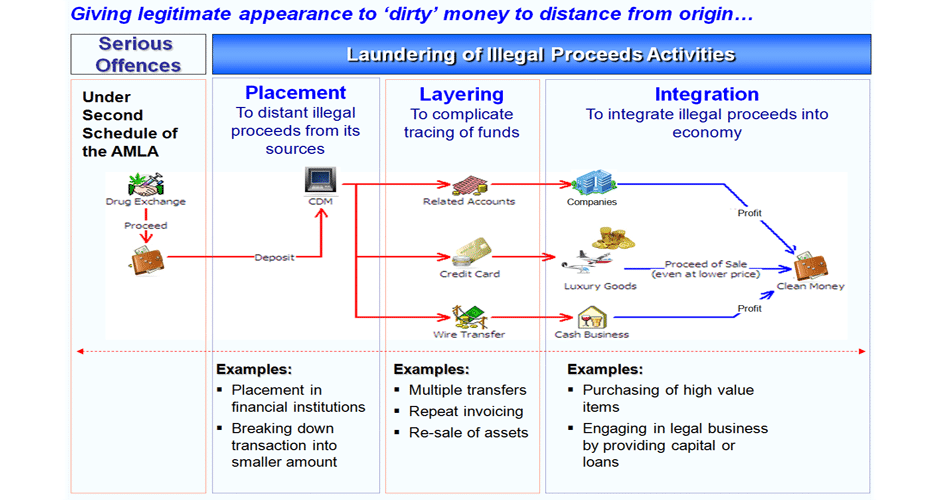 Some true cases of money-laundering

The cases below are real examples of how money-laundering operations were carried out and subsequently charged:

(a) A medical practitioner was found guilty of falsifying financial documents and promissory notes which resulted in a sum of RM42 million being transferred into her account. She was charged under Section 4 of AMLATFA (and a smattering of other charges of abetting) and sentenced to 8 years imprisonment and a fine of RM6.39 million. [1]

(b) the accused received proceeds from an illegal football betting ring amounting to RM1.4 million ringgit in his bank account. He forged up to 75 invoices from his company so the proceeds appear to be from the company’s business. He was convicted under Section 4 of AMLATFA and sentenced to 2 years imprisonment and to pay a fine of RM1 million [2].

The AMLATFA and policies implemented by Bank Negara Malaysia (“BNM”), has imposed upon banks and other Reporting Institutions the obligation to undertake preventative measures to prevent their institutions from being used as a conduit for money laundering activities. Amongst these measures are the obligation to report to BNM:

The activities above will potentially trigger an investigation from BNM, and customers might be asked to justify, provide context and sources to, and/or defend the transaction.

In short, money-laundering, by its definition, necessarily includes an unlawful activity. Movement of money derived from a legitimate source, and untainted by any criminal elements, is NOT money-laundering.

Due to the regulatory regime in Malaysia, a legitimate transaction may still trigger an investigation. However, an investigation is not a conviction, and you will not be convicted if you are able to justify the transaction. Hence, if you find yourself involved in a transaction that may trigger the reporting requirement, ensure that you have enough documentation to show that it is legitimate.

This article was written by Shawn Ho (Partner) & Ian Liew (Associate).  Feel free to contact us if you have any queries.