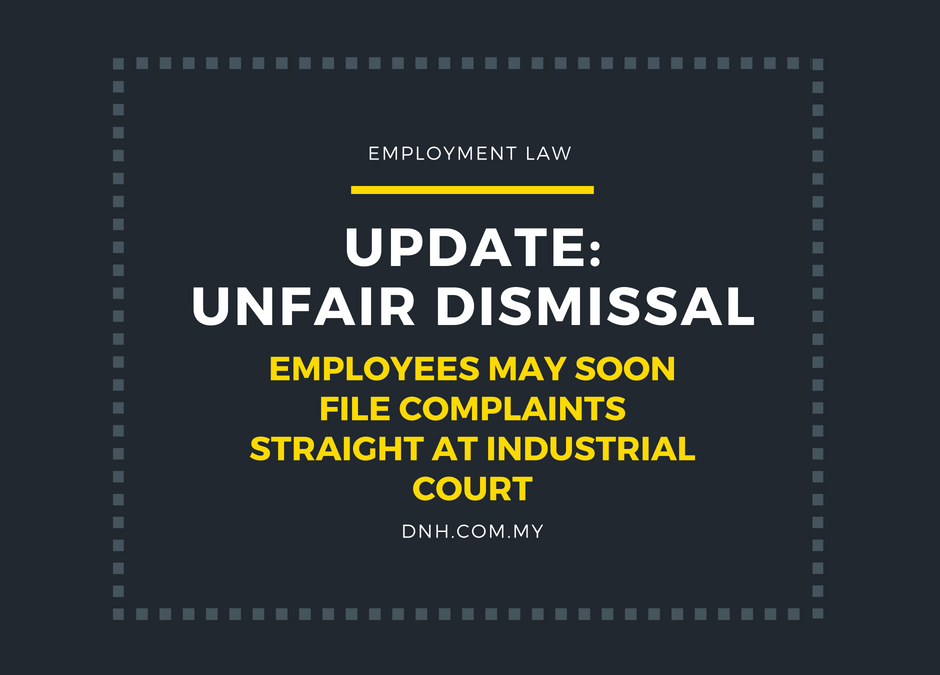 Here are some important things to note about the proposed reforms.

What is the current system?

The current process for an unfair dismissal claim under the IRA is:

What is the problem with the current system? Why is the new Minister of Human Resources proposing a reform?

The chief complaint about the current system is that it results in significant delays.  The IRA does not fix any timelines for a conciliation meeting to be heard, and it does not require the Minister to make a decision within any fixed time frame. From our experience, unfair dismissal representations can take anywhere between a few months to more than 1 year to be referred to the Industrial Court.

Further, no reasons will be provided by the Minister when he decides to refer or not refer a representation. There is therefore no certainty or predictability as to how a Minister will decide on a particular complaint.

Parties who believe the Minister has made an irrational or unreasonable decision, will have to apply for judicial review at the High Court to quash the Minister’s decision, leading to additional delays.  The judicial review process itself can take months, and is still subject to appeal by the losing party.

Delays adversely affect the administration of justice. For the employer, delays are detrimental because witnesses may have left the company or will have difficulty recalling material facts or events. For the employee, delays are unfair because they will have to wait a long period of time to adjudicate a matter involving their livelihood.

What is the proposed change?

The proposed change appears to be an abolition of the statutorily required conciliation process under the IRA, so that employees can file unfair dismissal claims directly at the Industrial Court. The Minister will no longer need to “filter” complaints filed in order to assess whether they are suitable to be adjudicated by the Industrial Court.

When will the changes take effect?

The changes have not taken effect yet. Since the current system is codified via the IRA, any reform to abolish the conciliation process or the Minister’s referral power must come through a change in the legislation. The IRA must be amended first.

Kulasegaran was reported as saying that he will bring the proposal for the cancellation of the Minister’s power to a cabinet meeting in the near future before tabling it in Parliament.

How will this affect employers and employees?

There are currently no further details about whether the proposed abolition of the Minister’s power would come with other changes, so right now we will have to wait until the proposed amendments to the IRA are tabled.

(PS: In April 2017, we previously wrote about the need for reform to our current unfair dismissal regime. You can read about it here).

This article was written by Donovan Cheah. He has been named as a recommended lawyer for labour and employment by the Legal 500 Asia Pacific in both 2017 and 2018. He has written for publications such as the The Edge and the Star, as well as for the Malaysian-German Chamber of Commerce and Industry.

Breach of Directors' Duties: What Is The Best Interest of the Company?
Can I Change a Child Maintenance Order?
Share this article: