7 Things You Should Know about Retrenchment in Malaysia 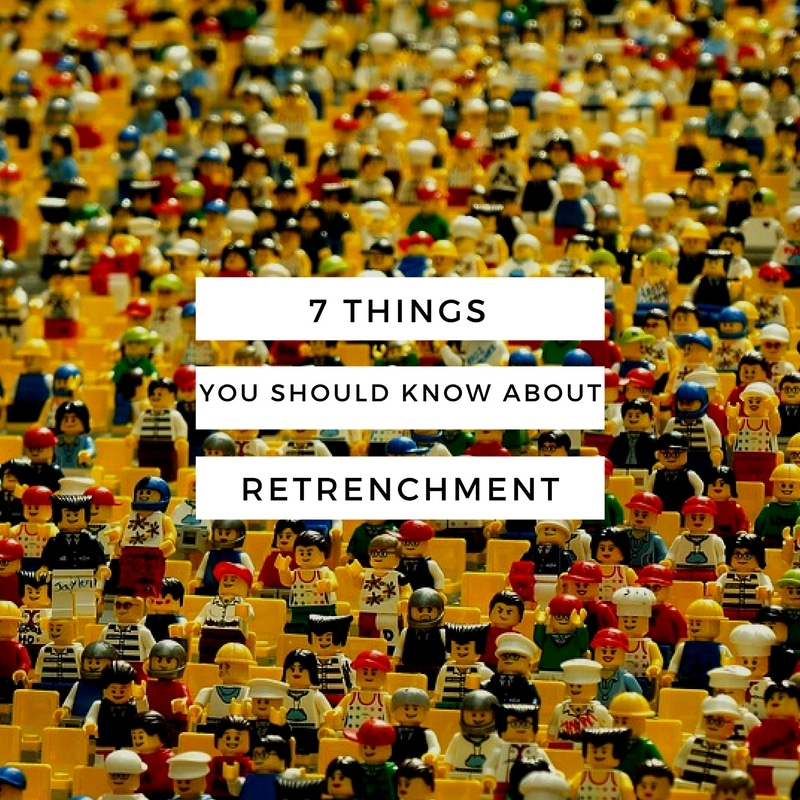 7 Things You Should Know about Retrenchment in Malaysia

Latest reports show that 31,476 Malaysian employees were retrenched (or laid off) between January and September this year. Retrenchments are often (but not necessarily) the result of economic downturns and are commonly understood as being part of a company’s business strategy to deal with business losses.

However, this understanding may be incomplete as there are many legal considerations that go behind the scene in a retrenchment exercise; companies do not have absolute autonomy in the way they run their business and are not insulated from scrutiny by virtue of it being a “business decision”.

Here are the 7 things you should know about retrenchment from a legal perspective:

Retrenchment is a form of dismissal that is justified on the basis that the roles of the employees concerned have become redundant. Proof of redundancy, that is, surplus of labour, is required for a retrenchment exercise to be valid. Redundancy can arise in many situations, examples include cessation of job functions, merger of work units and discontinuation of production line.

Put in another way, redundancy is a situation where the employee or position is no longer required. Retrenchment is the action taken to terminate the employment relationship in the event of redundancy.

Companies are generally at liberty to organize their business enterprise in a manner that best achieves their objective of maximizing profit, so long as the exercise is bona fide. As employees’ livelihoods are affected by the exercise, courts have been willing to interfere where it can be shown that the decision to reorganize is capricious, without reason or actuated by unfair labour practice.

Companies that are suffering losses may decide on a business strategy to minimize the impact of poor economic conditions, by for example terminating some employees and outsourcing those job functions to third parties in order to reduce costs. This reduced turnover and decision to outsource job functions are some of the justifications that have been accepted by courts as being bona fide and beyond the purview of courts’ intervention. That being said, the courts will still examine the entire factual circumstances surrounding the employee’s dismissal before coming to a conclusion as to whether the dismissal was fair.

The burden of proving that the retrenchment was bona fide lies on the employer, and it is not on the employee to show that the retrenchment was unfair.  In 2012, in quoting a decision of the Court of Appeal, the Federal Court held that it is insufficient for an employer to merely show evidence of a reorganization or reduced sales. The employer had a duty to prove that the circumstances were such that the employees’ functions were reduced to such an extent that they are considered redundant.

The Code of Conduct for Industrial Harmony (“Code”) provides guidelines on the best practice for retrenchment exercises. While not legally binding, failure to comply may be a factor that courts take into consideration in determining whether the retrenchment exercise was carried out in a fair manner.

The Code contains suggested criteria for employers to consider when selecting employees to retrench. This includes:

A common industrial practice is also to retrench employees based on the LIFO principle, ie “Last In, First Out”,  whereby the most junior employee (measured in terms of length of service) in a particular category is selected for retrenchment.  It is not mandatory for employers to use the LIFO principle, although it is recognized as one of the more objective means of selection.

Employers can depart from the LIFO principle if they have an alternative, objective selection criteria. LIFO may also be inapplicable in situations where there is only one employee in the affected category or position.

In cases where there are foreign workers occupying posts similar to that of local employees, the Employment Act 1955 requires that the services of foreign workers be terminated first.

The PK Form is filed in parts and in stages, the first taking place 30 days before the actual retrenchment, and the rest to be filed within 14 days and 30 days after the date of retrenchment. The PK Form is a notification requirement, and is not a request for approval. As such, employers do not need approval from the labour office before they can conduct retrenchment exercises.

Under the Regulations, only employees who have been employed under a continuous contract of employment of not less than 12 months before the date of termination are entitled to the termination benefits, which are as follows:

During acquisitions, employees may be “transferred” to the acquiring company for reorganization reasons. From a legal perspective, this involves terminating the existing employment contract with the target company and having a new job offer extended from the acquirer. In such situations, employees are not entitled to termination benefits if:

For employees not covered under the Employment Act 1955, their termination benefits would depend on the terms of their contract.

In the absence of a valid justification for the retrenchment exercise, the termination may amount to dismissal without just cause and excuse entitling employees to remedies such as backwages, reinstatement and/or compensation in lieu of reinstatement.

An employee who believes they have been unfairly retrenched must lodge a complaint with the Director General of Industrial Relations within 60 days from the date of the dismissal. If parties are unable to settle their dispute during the conciliation meeting ordered by the Department of Industrial Relations, the Minister of Human Resources may refer the matter to the Industrial Court for adjudication.

For a start, employers should, where possible, comply with the Code (mentioned earlier) and any other guidelines that may be issued by the Ministry of Human Resources in order to strengthen their case that the retrenchment exercise was objective and bona fide.

Some of the best practices (as extracted from the Code) include:

Adopting best practices is not just to pre-empt the likelihood of the exercise being successfully challenged in court but to also ensure that employers adopt policies that are in accordance with fair and equitable labour practice.

This article is written by Donovan Cheah and Adryenne Lim.  If you have any queries about retrenchment exercises, unfair dismissal or employment law in general, please feel free to contact us.